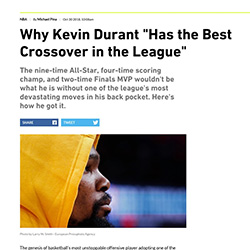 Profile on Kevin Durant
The nine-time All-Star, four-time scoring champ, and two-time Finals MVP wouldn’t be what he is without one of the league’s most devastating moves in his back pocket. Here’s how he got it. 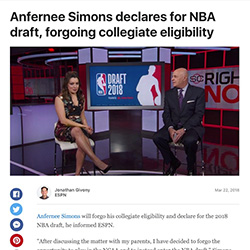 Profile on Anfernee Simons
Simons, a top-10 high school recruit according to the ESPN 100, is eligible for the 2018 draft as a postgraduate, being one year removed from his high school graduation and turning 19 in June, thus satisfying NBA requirements. 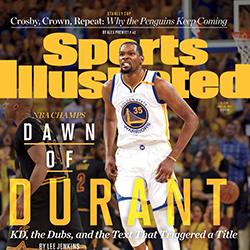 Profile on Kevin Durant
While onlookers deconstructed the metaphorical weight of that image, Durant and Zormelo retreated to the Ritz in Cleveland, where they watched film until 3 a.m. on Zormelo’s MacBook Pro. To suggest that Durant eclipsed James, based on one shot or even one series, is a stretch. 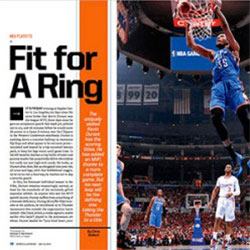 Profile on Kevin Durant
“A trainer’s advice helped Durant shake off his struggles and rally OKC past Memphis in the first round.” 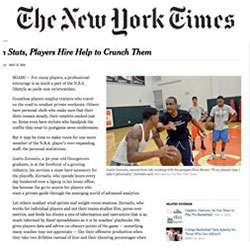 COVER PAGE Profile on Justin
“Justin Zormelo, a 30-year-old Georgetown graduate, is at the forefront of a growing industry, his services a must-have accessory for the playoffs.” 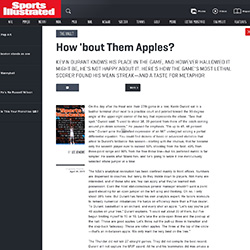 Profile on Justin
“Justin Zormelo couldn’t make his dream to play in the NBA come true. Instead, he did the next best thing: he became known as a stats geek who could take the league’s players to the top.” 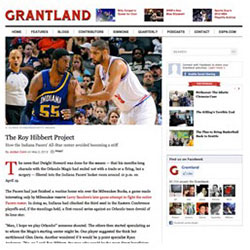 Roy Hibbert Article
“Hibbert pays Justin Zormelo, a private scout… ‘The guys who works for the team are great, but they have to focus on the whole team,’ Hibbert says. ‘It’s good to get something more personal.'” 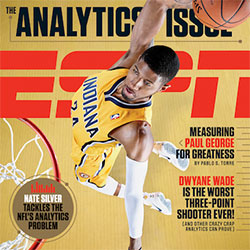 Paul George Article
“Then he reached out to development coach Justin Zormelo, the founder of Best Ball Analytics..” 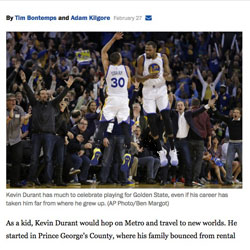 Kevin Durant on D.C
“He knew he had to leave to go represent for where he’s from,” said Justin Zormelo, a trainer and close friend of Durant’s. “I know he carries that on his back.” Zormelo met Durant after his one year at Texas, as he prepared for the 2007 NBA draft. Zormelo is a former manager on Georgetown’s basketball team. 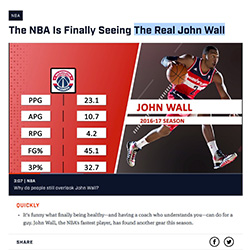 John Wall Article
“Durant recommended another, Justin Zormelo, to facilitate his film study and apply analytics. They relayed the same message, underlined every day at practice…” 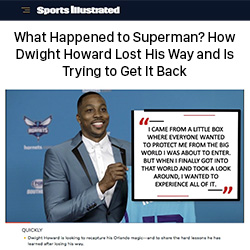